When I was growing up in India, my mother used to remind us all, “Put mosquito repellent on, wear long sleeves, cover your skin, and make sure you tuck yourself inside the mosquito net at night so you don’t get bitten!” As a little girl, I listened to her most of the time and when I didn’t, mosquitoes bit me! Fortunately, I never got malaria and neither did anyone else in my family. The same cannot be said for patients I took care of in medical school. 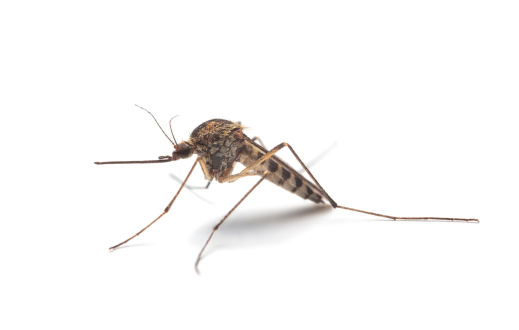 Malaria is the worst of the vector-borne diseases worldwide. It can affect up to 500 million people a year, killing at least 2 million people every year worldwide in over 90 countries. Diseases like dengue, chikungunya, Japanese encephalitis, and yellow fever are quite common in many countries and are seen in the United States mostly as imported diseases.

Though we don’t have malaria and some other diseases, we do have our unique set of vector borne disease in the United States. Two viruses that we know quite well locally can be found in the Cicero Swamp, West Nile virus (WNV) and Eastern Equine  Encephalitis virus (EEE). That makes it our problem…these viruses are right here in Onondaga County!

WNV was first reported in New York State in 1999. Since then, there have been 490 human cases and 37 deaths throughout the state. Most patients who contract WNV develop West Nile fever, while a few would develop the more serious WN meningoencephalitis (brain infection). There were four cases of WNV infections in Onondaga County in 2014; most of these cases were mild.

EEE infection is more serious. Before 2014, only five cases of EEE were reported in New York State with 100% mortality. In 2014, there were two cases of EEE in Onondaga County and fortunately both individuals survived. People at the greatest risk of developing severe disease are those over 50 and younger than 15 years of age. Approximately 4%-5 % of human EEE infection results in symptomatic illnesses. Generally, symptoms usually occur 4-10 days after the bite of an infected mosquito.

The important thing to remember is that like most of the viral diseases, there isn’t a specific treatment available for either EEE or WNV, nor is there a vaccine available for prevention. Once the disease appears, patients receive symptomatic and supportive therapy. Mild cases of EEE and WNV usually recover completely. For severe disease, about one third of patients who develop EEE die and many of those who survive have mild to severe brain damage for the rest of their lives. Of the less than 1 in 150 people with severe WNV disease, death is very rare and almost all patients recover completely.

The risk of getting either WNV or EEE is highest from late July through September, therefore, every summer we track both diseases by trapping and testing mosquitoes. Our “Vector Control Program” in the Division of Environmental Health starts to trap mosquitoes in late May to monitor for WNV and EEE mosquito activity. Results are posted on OCHD’s website at http://www.ongov.net/health/mosquitoborne.html.

We also launch a combined effort to use larvicidal pesticide in mosquito breeding sites, and aerial and truck adulticidal spraying to control the number of mosquitoes when they become a threat to animals and people.

We have also seen that even a small number of mosquitoes infected with a virus can result in a human infection. Therefore, what’s in everyone’s control is to TAKE CHARGE of prevention to protect your health. In fact, PREVENTION is your best defense to PROTECT yourself from these diseases.  Most mosquitoes do not transmit disease. There are more than 70 species of mosquitoes in New York State, but only a few species are capable of transmitting WNV or EEE. Take all the steps necessary to protect yourself from the bite of a mosquito: (a) wear proper clothing; (b) use insect repellents (c) have defect free  window and door screens;  and (d) eliminate all standing water around your property. There is no single remedy for prevention! Furthermore, as mentioned earlier, there are no human vaccines for EEE or WNV.

A few weeks ago, I visited the Cicero Swamp area before the scheduled spraying. I observed the area while driving around in the car that day with our staff and visited the Molloy Road site where all this work is being done. In August, I am planning to visit the areas where the mosquito traps were placed by our hard working staff. That day, I will follow all the recommendations I just suggested to you!

As I am working every day with our dedicated staff to address this problem, I often go back to memory lane. My mother passed away a few years ago, but I suddenly could hear her voice in my head, “Indu, make sure to protect yourself from these evil mosquitoes−they carry bad diseases!” Rest assured, I will follow her reminders and I hope you will too!