As we acknowledge 2015 World AIDS day in Syracuse NY, I cannot help but look back more than 30 years, when the first 5 cases of AIDS were reported. That was 1981. Eight years later, I met Mr. A and Mrs. B, two unrelated patients in the Emergency Room of a hospital in New Jersey where I was a medical resident. I still remember the fear and questions in their eyes!

Mr. A did not share much information and was quietly sitting on a corner bed in the Emergency Room. He was nervous and very suspicious of any question that I asked him. Mrs. B was a very lovely woman but was visibly angry and depressed at the same time as she told me her history of how she got the virus. “From my husband,” she said. “He did not share his positive status with me”. She explained that she was not sure if he intentionally withheld that information from her but it was not important at this point. I tried my best to comfort her, but doctors unfortunately did not have many answers then.

Both of these patients were treated for AIDS. In those days medical communities were struggling to find the right medications to treat the many manifestations of this new aggressive illness caused by HIV and were racing to find a solution to stop it. Both of these patients recovered well and were discharged from the hospital in stable condition. I do not know how well they did in the long term since that was the peak of the AIDS epidemic.

After the completion of my medical training, I saw patients with HIV and AIDS who did well and have continued to do so because of scientific breakthroughs in the following years. Every now and then, I still saw some unexpected clinical presentations in the hospital; even in the last 5 years. Mr. C, 30 years old, and 55 year old Mr. D were both admitted with worsening pneumonia. They both failed to respond to traditional antibiotics. Each denied any high risk history which raised our suspicions for HIV/AIDS. Their clinical course was very much suggestive of such a diagnosis.

For Mr. C, we started treatment for pneumonia, which usually presents with AIDS, without waiting for his test result since he was getting rapidly worse and time was precious. We also obtained a diagnostic test to confirm our suspicion. His test came back positive. When I spoke to him after, he quietly admitted that he was told of his positive HIV test about 10 years ago by the blood bank when he volunteered to donate blood at the Red Cross. He did not believe the result, never shared this information with anyone, never saw a medical provider, nor repeated the blood test. He continued to work and remained sexually active. He also admitted that he was afraid that if he told people of his status, he might be treated differently. After treatment, he improved rapidly and was connected with resources after his discharge. This step was very important to link him to a provider for his proper follow-up for close monitoring and also very important for his access to all the medications to control transmission of the virus.

Mr. D, 55 years old, was more stable and he continued to deny his HIV positive status, despite a positive final lab result. He was treated and he did improve. But the challenges remained for his follow-up care with the doctor, his adherence with the medication regimen since he did not want to accept the diagnosis, and his follow-up regarding his risk to his partners. Finally our persistence paid off and he started to shift his resistance! Why were these efforts important? By providing access to proper care it helps to reduce the chance of transmission of virus.

According to the CDC, approximately 50,000 new HIV infections are estimated to occur in the U.S. every year. About half (27,000) were diagnosed with AIDS. Currently it is estimated that 1.2 million people in the United States are living with HIV infection. Almost 1 in 8 (13%) do not know of their infection, a significant public health concern.

Who is at risk? Gay, bisexual, men who have sex with men (MSM), and African Americans face the most severe burden of HIV. In Onondaga County, the rate of new HIV infection has increased to 10 per 100,000 in the 2011-13 timeframe. Significant racial disparity exists in new HIV diagnoses. Rising rates of syphilis, other STDs, rising rates of heroin abuse especially with IV use, the problem of untreated mental health, poverty, and homelessness all increase the risk for HIV.

So why recognize World AIDS Day? It is held on December 1st each year and is an “opportunity for people worldwide to unite in the fight against HIV, show their support for people living with HIV and to commemorate people who have died.” Each year, millions of people all over the world come together in solidarity for those who have lost their lives, those who are living with HIV, and the families of those affected. According to the World Health Organization (WHO), since the pandemic began in the early 1980s, almost 78 million people have become infected with the virus and estimated 39 million people have died. An additional 35 million people were living with the disease in 2013. These numbers make HIV one of the most destructive pandemics in history. World AIDS Day reflects on what has been achieved both nationally and globally regarding treatment and prevention but also what still must be done to end the pandemic.

This day is important because despite the advances that have been made scientifically and socially, there is still a long road ahead before the goal of “Getting to Zero” new cases can be achieved. This day is used as a reminder to governments and individuals that HIV is still a grave problem and there is still a need to educate, increase awareness, reduce prejudice, and raise funds for AIDS research.

Although researchers have not been able to find a cure for HIV, much headway has been made through research. Due to antiretrovirals and other drugs, HIV is now seen as a chronic disease. Recently people who are at high-risk for contracting HIV are urged to take pre-exposure prophylaxis or PrEP which is a pill taken daily to remain HIV negative. People who use PrEP are tested for HIV and other sexually transmitted diseases (STDs) every three months.

One of the key goals of World AIDS Day is to remind people to protect themselves. We have to protect ourselves every day not just on World AIDS Day. Some ways we can protect ourselves from contracting HIV is by educating ourselves, the more we know about the disease the better we are at taking the right precautions to prevent it. Preventive steps are to practice safe sex by using a condom every time you have any sex, avoid sharing needles and contact with other people’s blood and get tested and treated for all STDs because already having an STD puts an individual at a higher risk for contracting HIV. 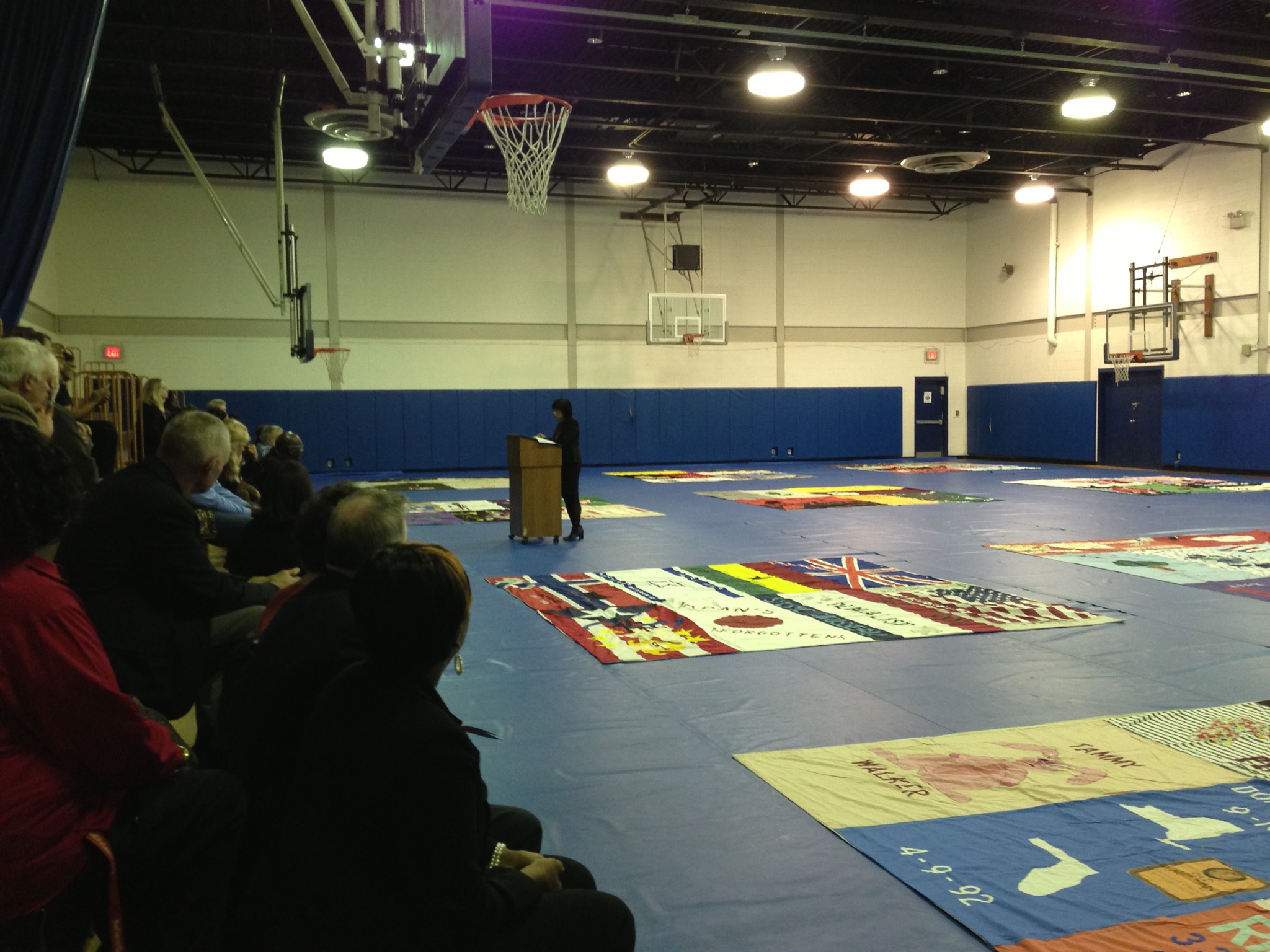 Every year, organizations and clinics can choose to host activities that can help raise awareness about HIV/AIDS and provide HIV testing opportunities within their communities. This year, there are exciting events happening all over Syracuse and the Onondaga County Health Department won’t be left out! On November 30th, the Health Department participated in a health fair at the Southwest Community Center by testing the public’s knowledge and providing incentives. On December 1st in the OCHD’s STD Center we will have exciting health education activities that have been created by our student interns. That evening, we will be joining with the CNY HIV Care Network for a candlelight walk from the SU Campus to University United Methodist Church for an Interfaith Candlelight Memorial Service. Come join us!